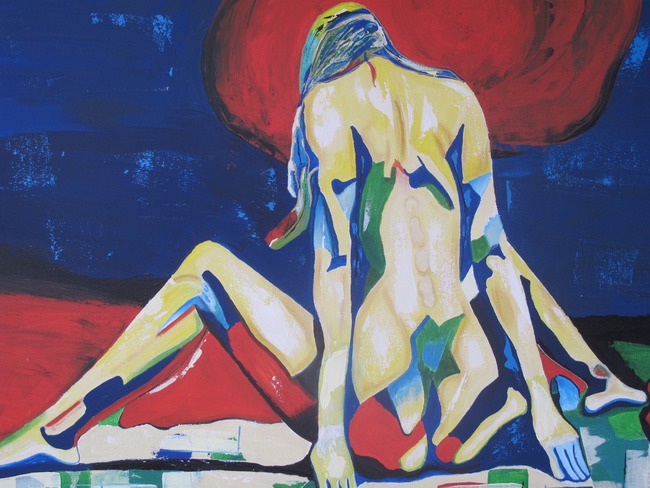 Right off the bat, the one question that comes to my mind when asked about feminism and what it represents, is could one singular action define what feminism is and what it stands for?

What started as a 2016 controversy around Kim Kardashian’s nude snap on her Instagram has now turned into a full-blown debate that has yet to reach a conclusion. And she isn’t the only celebrity who has gone bare on social media; from Miley Cyrus to Lady Gaga and Rihanna, there are plenty of celebs who have jumped on the bandwagon at least once.

So, circling back to our question, does posting nude pictures on the internet symbolize feminism? Let’s be honest; if this question had a straight forward answer, we would not be having this debate. So, the best we can do is explore and understand what feminism is, and try to see where voluntary nudity fits into it, if at all.

Let’s take a look at the dictionary meaning of feminism; It is a noun that defines the advocacy of women’s rights on the ground of the equality of the sexes.

In simpler terms, all it really talks about is equal treatment of men and women; getting rid of discrimination based on sex or gender. It could not be more straightforward and more unadorned than that, but the truth is, the unfair treatment of women is so ingrained in our psyche that this basic definition gets twisted and skewed into a hundred different directions that strips the term of its sincerity.

The scope of a woman’s role is so narrow in our society and conditioned within us so profoundly that changing it or expanding it has been met with tremendous resistance from not only men but also women. Women judging other women on their choices of clothes, profession, partner, style of living, and opinions is a sad reality that we reluctantly face even today. This doesn’t happen to men, they live their lives as they see fit and we accept it very easily, even if their choices are far from savory, we welcome them as they are. If this is not discrimination then what is?

Take the nudity incident, for example, when a female celebrity posts a censored nude selfie, it turns into a never-ending debate, but no one bats an eye when Hugh Jackman does an add for leather boots wearing absolutely nothing but said boots, it is actually called hilarious! Or when Darren Criss or Josh Brolin flaunt their bodies on social media, nobody bothers or calls them out on their posts, where goes the outrage then?

Is this not discrimination? The very fact that I am writing an article around female nudity and not male nudity shows how deep-rooted this problem is.

Unfortunately, feminism has been shrouded in doubt and misconceptions for a while now which has turned it into a controversial topic rather than a reformative one. Let’s try and go through these myths and misconceptions people harbor about feminism and feminists and get rid of as many of them as possible.

Feminism is about hating men

It really isn’t. Feminists have nothing against men, all they want is that women be given the same opportunities and choices as men. They want a world where men and women are considered equal and neither should be above or below the other.

Feminists ignore that men and women are not the same

The biological limitations and advantages of either gender are not lost on any feminist. But core physical attributes should not determine a person’s status in society. Even among men, if one is weaker than the other, would it be justified that they are given unequal opportunities in life just based solely on that. The path that a man can take should also be made available for a woman, the choice of walking it, and facing its obstacles would then rely upon her wit and resilience.  But don’t take away that chance just because you believe that she may not be able to make it. Women and men don’t have to be the same in physicality to have the right to equality.

Feminism is only about women, and only women can be feminists

Definitely not, firstly, feminism is about equality between men and women. Since it is women that have had to face a great gender bias for decades, feminists work towards their upliftment, if it were the other way around, then they would be working towards the upliftment of men. Secondly, of course, men can be feminists, anyone who believes in gender equality is a feminist.

Women harassing men is a form of feminism

Harassment of any form by anyone is unacceptable, whether its men harassing women or vice versa. It does not in any way indicate female empowerment and upliftment, this is not what feminism stands for.

Feminists are fighting for Matriarchy

No, we just want equality.

Women who are feminists cannot be feminine or enjoy their femininity

Why not? Why is a woman fighting for equality in a pantsuit different from the one in a bikini or a short skirt? How do clothes define a person’s principles and values? At the end of the day, it is just a piece of fabric, it cannot define who a person is or should be. And women who enjoy their bodies and feminine pleasures, have just as right to be feminists as anyone else. Your body, your decision.

Emma Watson gave a fitting reply to her Vanity Fair cover controversy where she bares her breasts during an interview for the movie Beauty and the Beast. She said and I quote

‘It’s (feminism) about equality, I really don’t know what my tits have to do with it.’

And honestly, neither do I. Like I said before, your clothing, and appearance cannot define your principles and values, there is absolutely no correlation.

So finally, nudity on social media, a symbol of feminism or not? In my opinion, it’s neither. It can be taken as a statement or presented as one, but it is, at the end of the day, just a woman, revelling in her physical form and showing off her body. If you like it, appreciate it, and if you don’t, ignore it. If a man’s naked ass does not become the butt of a huge debate, then neither should a woman’s.