Love, Sex and Gaali! The Chetanisation of Indian Writing 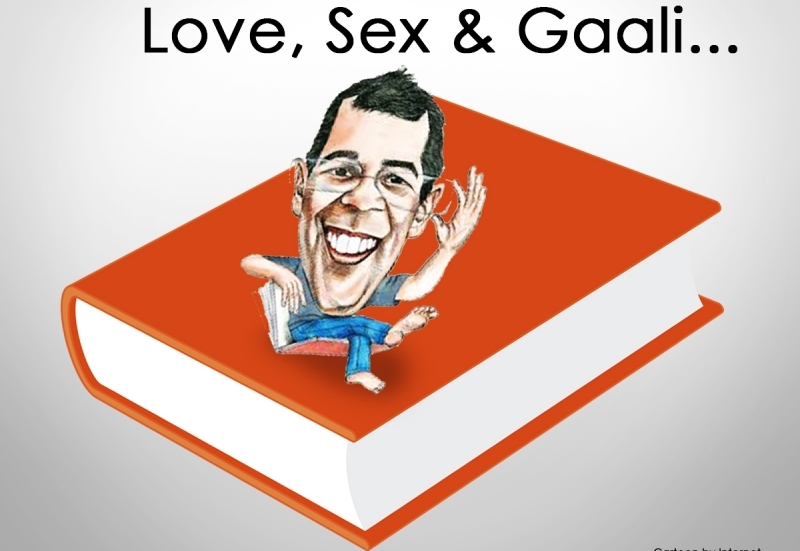 India has been known for its rich art and culture since time immemorial. Our nation is the Mother of literary pioneers, such as Nobel Prize winner Rabindranath Tagore, magical creator of the Malgudi Days R.K Narayan, Booker laureate Salman Rushdie and Padmabhushan Ruskin Bond. More recently, writers like Jhumpa Lahiri, Amitav Ghosh, Vikram Seth, Khushwant Singh and Amish Tripathi have contributed significantly to Indian literature by creating masterpieces. Before coming down to the latest breed of writers budding like mushrooms in every part of this country, I would like to clarify that The Vent Machine totally supports the idea of encouraging new writers with good manuscripts (though there can be a totally different story on this, which we may delve into later). However, the question in this context is that isn’t the script important? Or, is there even a script in these novels or a mere concept with three basic ingredients: LOVE, SEX AND SWEAR WORDS.

The year 2004- The Birth of a Contemporary Writer: Chetan Bhagat!

Chetan Bhagat, an IIM graduate, obviously, a fairly intelligent man, launched his debut novel Five Point Someone and took the country by storm. His book was a Hit, especially among the youth. Out of all scripts written by this young author, ‘Five Point Someone’ was one book which was quite readable. (Note: WE are talking about Bhagat’s books and not about the film adaptations, which is a totally different topic). This book was followed by several page-turners that seem to have few clear agendas: invoke sex unnecessarily and make swear words look cool. He has been successfully selling ‘disdain’ for debates and ‘masala’ for love! In addition, he has also managed to somehow convince readers that through his books they are indulging in authentic literature, which is probably the saddest part.

The Emergence of Chetanisation and a Whole New Era of Dumb Literary Work!

The popularity of Chetan Bhagat among the youth did not only earn this writer a lot of money but it also earned India a new breed of writers: The Chetanites! People with slightest writing skills thought to themselves, Oh! This man writes shallow scripts and is famous already! Why can’t I scribble something down and see if they can make a novel out of it? Then they analyzed Bhagat’s books to make a note of what it takes to make a manuscript. The answer was simpler than one could imagine:

Honestly, when I search ‘Indian Fiction’ on an online book store and read the synopsis of releases of the past few years, all books appear the same. This is saddening that the publishing industry and readers are encouraging frivolity in the name of Literature. India has proven it over the years that it has much better writing, publishing and reading taste. Let us just abide by some standards when we plan to write, publish or read. God Save India from budding Chetanites!

One thought on “Love, Sex and Gaali! The Chetanisation of Indian Writing”