Meet Ranjani Rao: A scientist by training and a writer by choice

Ranjani Rao calls herself a scientist by training and a writer by choice. A mom of two, Ranjani wears many hats. We met at a SingLit Workshop and instantly hit it off. Her office is in close proximity to my home and we often catch up for lunch and chai.

She sometimes teases me saying how she is my Mom’s age (which is actually true) but the fact of the matter is that we are friends, actually good friends. We get each other and are fond of each other. Maybe it is because Ranjani has the energy level of a 29-year-old or maybe because I am just an old soul trapped in a young woman’s body. Whatever the case, our energies vibrate at the same frequency and we both like to think of ourselves as “modern-day woke women” (why to wait for others to label us, right?).

Well, one of the main reasons why I was drawn towards Ranjani is that she is a dynamic person. It amazes me how she wears many hats and excels at every role she takes on. So, at the very beginning of this interview, my first obvious question was what she takes from each role and how does all this help her as an individual?

“There are so many things I want to do and time, as you know, is always limited. In life, things don’t happen linearly, so I usually have a few things happening simultaneously  I like doing different things because it helps me be part of different groups of people, it allows me to use different parts of my brain and it allows me to be inspired by a variety of experiences. All this provides fodder for my writing.”

Ranjani’s work has appeared in esteemed publications like The Hindu, and The Straits Times among others. She has authored two books- Negative Space and Other Stories and No Longer NRI. Her essay has also appeared in a book titled Abroad at Home. These books are now available in the Singapore library system through Overdrive.

I read on Ranjani’s website that her inspiration for writing came after the birth of her daughter, which happened after a struggle with infertility. I know for a fact that many women in India struggle with infertility. In addition to the mental and physical trauma that they go through due to invasive medical treatment, they also face backlash from society. Having a baby is considered crucial for a woman in India. We are barely asked or given a choice to opt-out of motherhood. And if we are unable to procreate, society gives us labels and calls us names.

Having the gumption to write on such a sensitive topic and open up about personal experiences, takes another level of courage. I ask Ranjani to share more about her experiences.

“Like most women, becoming a mother has been the most transformative experience of my life, not just because of infertility that preceded my daughter’s birth, but because it brought sharp focus to what was truly important to me.”

Ranjani was working at her first job after completing her PhD during this period. She explains that returning to the lab after a short maternity leave brought in waves of guilt since she had been brought up by her stay-at-home mother.

“The greatest struggle was to continue being a person with independent desires while also being a mother. I was over the moon about being a mother but I didn’t want to be subsumed by motherhood. I had maintained a diary during my pregnancy and continued to write a journal during the first year of my child’s life. But somewhere along the way, writing at night after she went to bed, I found myself expressing these conflicting but strong pulls in different directions in my writing.”

I am curious about Ranjani’s opinion on motherhood and the way it is portrayed in Indian society being a mother herself. She shares that unlike previous generations of women in India who were brought up to believe that marriage and motherhood were the purpose and pinnacle of a woman’s life, she sees a subtle but undeniable shift now, at least in the minds of strong women in urban India who consider these as milestones in their journey and not the crown of their achievements.

Ranjani tells me that she has many friends who made different choices and are leading perfectly happy, productive lives without these labels. I feel hopeful for the women of India after listening to Ranjani’s experiences and observations.

Taking our conversation forward, I ask Ranjani about her favourite genre and her first memory of reading a book that had a deep impact on her. She tells me that she loves reading memoirs. She has read books her whole life and looks towards books for empathy, encouragement and advice.

“At various times in my life, I have been inspired by different books – The Alchemist, Eat Pray Love, The Music Room and The Last Lecture to name a few. I write personal essays, which can be the building blocks of memoirs. I hope to publish my memoir in the near future.”

“When did you start writing and do you remember your first article/story?” I ask.

“I started writing about 20 years ago and my first article was published in the San Jose Mercury Times newspaper in California. It was an essay about motherhood.”

Recently, Ranjani, in collaboration with her friend Nandini Patwardhan started a publishing house called Story Artisan Press– a publisher for the rest of us’. She tells me what led to Story Artisan Press and what is her objective with this platform.

“My co-founder Nandini Patwardhan (who lives in the US) and I have been readers, writers and admirers of each other’s work for about 20 years, even though we haven’t yet met in person. We frequently lamented about the problem of diaspora writers who are caught between two worlds – our stories are unique stories and therefore may not be of interest to mainstream publishers either in the country we left behind or the one that we now call home.”

Ranjani tells me that the number of global NRI numbers is estimated to be around 25-30 million. With technology enabling us to connect across geographies and time zones but attention spans shrinking, at Story Artisan Press they have decided to build a platform to publish writing that is of interest to the global Indian reader, while not demanding much in terms of time or money. Their e-books are short and affordable.

“We periodically offer free downloads. In addition to featuring our own writing, we put out calls for submissions for anthologies. The objective is to create a community that fosters reading, writing, reflection, and critical thinking among the diaspora.”

Ranjani explains that her thoughts are similar to most people who live a life of active participation wherever they find themselves – that people all over the world are more similar than different, good friends can be made across countries/cultures/ages/races and that there is so much to observe, learn from and experience wherever you go.

I am curious about how these multicultural experiences have affected her writing. Ranjanitells me how she brings her sense of wonder to everything she writes.

“Sometimes it is the familiar that surprises me when I look at it with my world-weary eyes; sometimes it is my ability to predict something accurately without having much experience that catches me off-guard, and most often – my ability to still be amazed at things/people/places, without letting my cynical self take over – that is the best part that I treasure and try to bring to my writing.”

As mentioned before, Ranjani wears many hats. I am curious about how she makes time to write. She tells me that she writes something at least five days a week, even if it is a few sentences typed on her phone or a paragraph scribbled in various notebooks by her bedside. “When I can’t or don’t write, I read.”

When asked about her favourite authors, Ranjani tells me that she has read a lot of American writers, including Elizabeth Gilbert, Anna Quindlen and Ann Patchett. Among Indian writers, she likes Anita Nair and Shashi Deshpande in the fiction genre.

“I am reading 21 lessons for the 21st century by Yuval Noah Harari, among other books that vie for my attention by my bedside.”

Since Ranjani’s work is already getting recognition in some important Singaporean publications and she has a publishing house that she operates from Singapore, I am curious about her thoughts on the Singapore Literature scene.

“Although the Singapore Lit scene is quite vibrant, I think that the catalogues of Singapore publishers do not have enough representation of South Asian writers, a fact which I find quite surprising. I have read books by Singaporean writers like Balli Kaur Jaswal, Melissa DeSilva etc. But I would like to see more contemporary books by South Asian writers published by Singapore presses, more such books available locally and more such authors featured in the Singapore Writers Festival etc.”

Before bidding goodbye, I ask Ranjani what next?

My conversations with Ranjani are usually so intense that each lunch-time chit chat is actually a revelation. Sometimes, we go on for so long that we lose track of time. To me, Ranjani is a dynamic woman who can inspire people to be more, to do more. I would always keep an eye out for anything that she writes or is associated with.

If you are intrigued and would love to read Ranjani’s books, find them here.

Story Artisan Press is all set to launch two e-books: Desi Modern Love– an anthology of real-life stories and Train Friends– a collection of essays written by Ranjani Rao and Nandini Patwardhan. Follow Story Artisan press on Facebook for the latest updates of their publications. 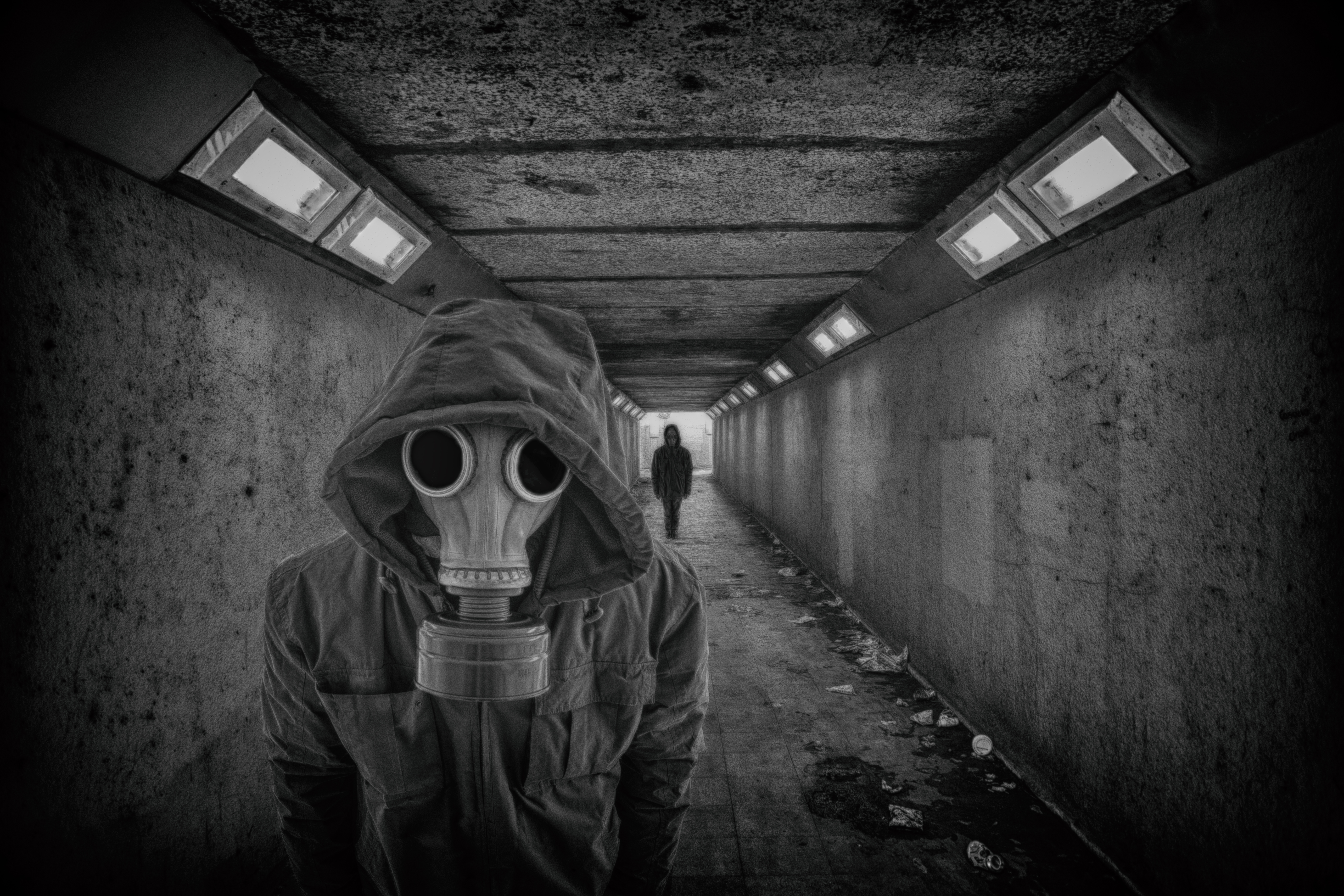 I choose to deny.

A sad state of affairs