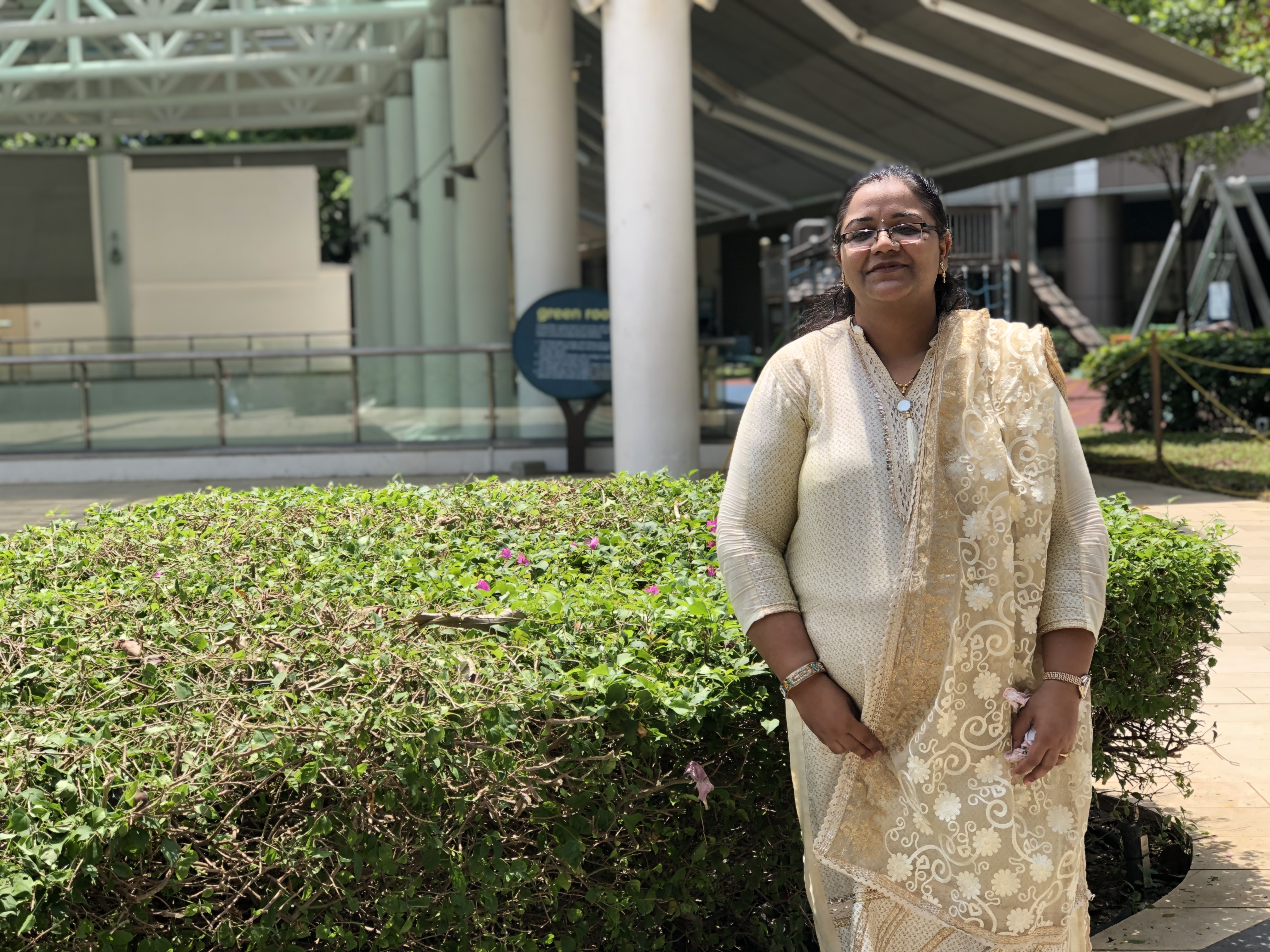 If you browse through Kavita’s Facebook profile, you will find very few pictures of herself. There is an old pic of her kids set as the profile image and some motivational quotes in her gallery. These are not just some famous quotations that Kavita likes but these actually constitute her entire belief system and philosophy.

A Science graduate, Kavita also holds a Masters degree in Journalism. Today, she is a mother of two kids, a successful homemaker and an inspiring mompreneur. She not only runs social media groups for expat women based here in Singapore but also manages events and digital marketing at Rainbow Diaries- a popular Parenting and Lifestyle Blog based here in Singapore.

But, Kavita’s story has a lot more to it. She is where she is today after facing life-changing struggles and going through a lot of hardships. She has never spoken about her personal life struggles before but in the spirit of encouraging women around the globe and in the light of approaching Mother’s Day, it felt somewhat right to do it now. We at, The Vent Machine are proud that Kavita chose us to bring her story to light.

Kavita moved to Singapore some nine years ago. She says that the last decade has been the most special and also the toughest years of her life. Married at the age of 25, Kavita was already a mother when she came here. Her elder son was around two-three years old at that time. A couple of years later, she gave birth to twins.

“On 5th May, seven years ago, I had my twins- Anay and Arnay. I was on cloud nine to be blessed by two beautiful baby boys. But, little did I know that things were going to take an ugly turn soon,” recalls Kavita.

Within a span of less than 25 days, Arnay was diagnosed with a severe heart defect. After long visitation hours and tedious consultations at hospitals, it was declared that Arnay needed surgery. He was not even a month old when his heart was operated in an eight-hour rigorous surgery. His heart was too weak to function on its own, so he was given a pacemaker.

Despite all this, Kavita stayed strong and took care of all three of her kids. She was happy that despite all the challenges, her son was safe and healthy, and back home. Providing and caring for them day and night was not an easy task but she happily managed juggling between household chores and the kids.

One fine evening when everything seemed normal and life was appearing to take pace, Arnay suddenly collapsed. He was immediately admitted to a hospital where he was kept on a ventilator for almost ten days. Those days were the toughest for Kavita. Watching her kid fighting for life while praying to God that he recovers plus also managing the other two kids who were confused and scared for their baby brother was daunting.

After ten days of struggle, Arnay was declared brain dead and Kavita lost her son forever. What does a mother go through when something like this happens? How do they even come back from something so heartbreaking?

Kavita’s world was shattered. She felt like she was all alone in this world because no one else could actually understand what she was going through. She was depressed and broken. At this point, Kavita’s husband stepped in and suggested her to join a group or an online community where she can express herself and share her feelings. This gave Kavita the inspiration to start one such group herself.

Having gone through such a devastating loss herself, she knew what all went in a depressed person’s mind and she wanted to not only help herself but also help others. She started a support group on Facebook called ‘Indian Inspirational Ladies Singapore’ and that is how her journey began. Today there are more than 5,800 members active in that group.

“I realised that God had taken away one of my angels but I still had two lovely sons to take care of. I decided to pick myself up and live for my kids.”

Just when Kavita started picking herself up and getting her life together, a year after the demise of her son, her father passed away. His death was yet another heartwrenching setback for her. Kavita’s father was completely healthy and fine. In fact, her parents were planning to visit her in Singapore soon. She recalls that they had spoken over the phone only the previous night. Next morning she found out that he had a massive cardiac arrest and he suddenly passed away.

“…but I had to keep myself together for my kids and my mother. I tried hard and I did it again.”

In the past few years, Kavita has managed to build communities around her, support systems that she knows she can rely on as well as people she is willing to help. She is surrounded by people who are trying to do something better in life by overcoming challenges on a daily basis. In her pursuit fo meeting and connecting people, Kavita met someone whom she credits for recognising her passion and offering her a platform- Shubhada Bhide. The founder of Rainbow Diaries and Social Media Mom SG.

“By God’s grace and with the support of my husband and kids now I have dreams and plans for the future. I firmly believe that if we stay positive and keep going, things will fall in place,” says a confident Kavita.

Her message to all the moms out there: “If you are the mother of a son, raise him well. If as bearers of life who bring men to this world, we start raising them right, social evils like rape, dowry deaths and domestic violence can be eliminated entirely.”

Other popular posts by The Vent Machine:

For more interesting stories from India and Singapore, subscribe and follow us on social media. If you have a story to tell, write to us at theventmachine2018@gmail.com