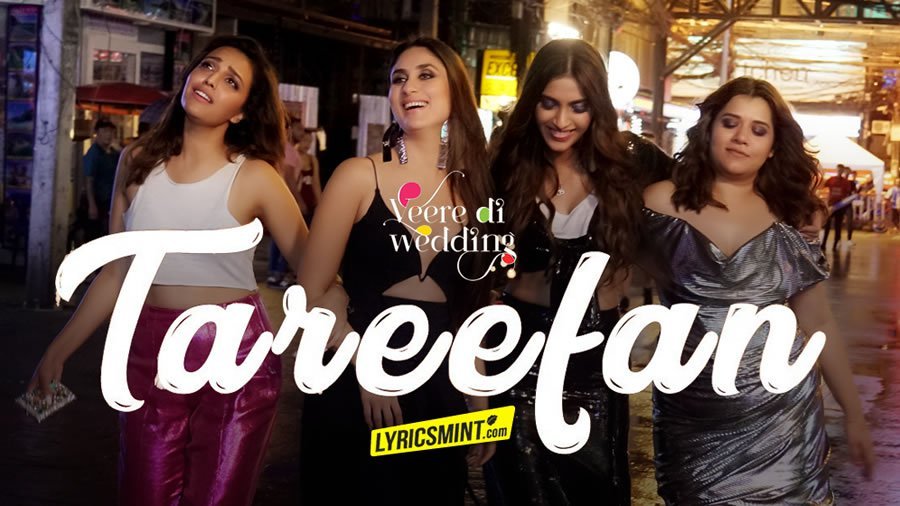 FINALLY WE HAVE A SONG WHERE “THEY” (Ji Wahi – Mard Log) ARE OUT OF FOCUS, NAKED, DRAPED IN WHITE SHEETS AND VOMITING COZ THEY CANNOT HOLD THEIR LIQUOR!

I can’t tell you how happy I am that we have a song like this topping the charts. I wanted to blurt out my emotions about this bang on sexy number the minute it came out but I decided to wait and see how people take it.  The fact that four women of different body types and ages have rocked the screen like never before, and people cannot stop gushing over it, is such a good news! The song has reached 10 Million views in just 2 days and has been topping the list all over the country.

This number is from the upcoming Balaji film Veere Di Wedding (obviously, everyone knows..duh!) Now, I know that there are going to be remarks about how it is not cool for women to swear on screen..blah blah blah.. from the so-called flag bearers of idealism who spend their lives trolling people and sharing hate posts (ye wo log hain jinko kabhi cancer nahi hota!)! Because only men cal yell and abuse; ladkiyon ko sharm ka gehna pehan ke moo band rakhna chiye…Well, vomit break!

I am glad by the looks of it so far. It would be unfair to comment much on the movie without watching it but as far as the scenes from the trailer go – I am just ecstatic. Finally, we get to see a film about four friends who are women and not waiting for a Prince or a frog to kiss! The fact that Bollywood is undertaking such stories and ace heroines are willing to participate is in itself a big leap. I just hope the story is as gripping as the trailer and the song, and the film does really good at the box office. Good luck Princesses! See you at the theaters 🙂