Find Out What Jr. B Taught Me In Person and Online!

The lives of celebrities are not easy. Fame, money and attention come at the cost of privacy and public scrutiny. People often think that star kids have it easy in the industry (the ‘nepotism’ debate is never-ending). Yes, it is true that networking and reaching out to people become easier when you are from within the industry. But, have we given the cons a thought? When our siblings or even cousins get through a premier college or bag an awesome job, our parents and relatives kill us with annoying comparisons. Imagine what star kids have to live up to.

And I guess I won’t be wrong if I said that we cannot even imagine what Abhishek Bachchan has gone through since the beginning of his career. Amitabh Bachchan is the biggest star that Bollywood has seen or will see in ages. Carrying the burden of the legendary name on his tender shoulders could never have been easy for him as a young aspirant actor.

As a journalist, I have been exposed to a lot of Bollywood people. Once, when I was a second-year student of BJMC, I had the opportunity of meeting Junior Bachchan. Well, not exactly meeting – we were attending a TV award show at The Ashoka, New Delhi, and he was the Chief Guest that night. When I heard him talk, I was impressed. He came across as a learned intellectual with amazingly inspiring thoughts. His oratory stumped me. After that, I ‘met’ him several times during film promotions and was always awed by his humble demeanor. He does not talk much during promotional events, and when he does, he weighs his words well. It is difficult to get more than he wants to give away.

A few nights back, I was browsing YouTube and watching random interviews of celebrities. I stumbled upon a video called “Ye Hai Meri Kahani (This Is My Story)” with some 1K views at the time (which is not much), but I clicked on it. Abhishek Bachchan was sitting on a chair in a plain white shirt and talking to me (read camera). There was no interviewer to interrupt his honest confessions and moving stories. Once the video started playing, I just could not stop it. The honesty and courage with which Abhishek went on about his struggles as an individual, as Big B’s son, and as an aspiring actor who had left his studies midway to pursue this profession, was remarkable. In addition, the kind of respect and love that this man has for both his parents, definitely gave me #gooddaughtergoals. I could not help but fall in utter admiration of this inspiring man.

It is fulfilling and easy to talk about one’s successes, but it takes real courage to shed all inhibitions and talk about one’s struggles. In this video, Abhishek talks about how a lot of directors were not willing to launch him at all, as no one wanted to take up the responsibility of launching Big B’s only son. He discusses how he felt stressed when his family was undergoing financial troubles and he was unable to contribute. He talks about how he had to wait for so many years to get one hit!

He also fondly recalls the moment when Aditya Chopra called him and informed him about how “Dhoom” had been a smashing hit at the box office. It took four years of constant struggle for Abhishek to get his first hit with “Dhoom” in 2004.

However, he had to wait till 2007 to get the most awaited compliment of his life from his father. After the trial of “Guru”, Amit ji hugged Abhishek and told him that he was proud of him, shared Abhishek in the video. He beamed with pride when he recalled that moment. He considers his father not only a friend, a guide and the biggest inspiration, but also his God.

One incident that he shared during this interview actually brought tears to my eyes. With an ardent smile resting on his face, he calmly talked about how he had gone to watch the reaction to a movie called “Shararat” (a 2002 release where he plays the role of protagonist Rahul Khanna) and a lady walked up to him and slapped him. She told him that he was ruining the reputation of his family name and he should quit acting. It is beyond my capacity to comprehend what that kind of an incident can do to anybody’s willpower.

I salute Abhishek for his positive attitude, consistent perseverance and strong determination. Had I been in his place, I would have given up. You inspire me, Mr Bachchan Jr. And, the fact that today you are able to talk about it so honestly, tells us that you are in a secure place in your life.

Today Abhishek has more than 50 movies, three consecutive Filmfare Awards – nine in total, a National Award for Best Feature Film, and numerous nominations plus awards to his name. He deserves to be where he is, and he has proved it with time. He has given us characters like Gurukant K. Desai (“Guru”), Lallan Singh (“Yuva”) and Amol Arte (“Paa”). He has made us laugh with his effortless comedy in “Bol Bachchan” and “Housefull”, while his role as ACP Jai Dixit in the “Dhoom” franchise is a rage among the youth. Time and again, Abhishek has proven his versatility with movies like “Sarkar”, “Bunty Aur Babli”, “Kabhi Alvida Na Kehna”, “Housefull”, “Delhi-6”, among others.

I got moved after watching that interview and thought to extend my appreciation to him. To my pleasant surprise, he saw my article and replied back, being the humble man that he is!

An Afternoon with Lang Leav Changed My Life 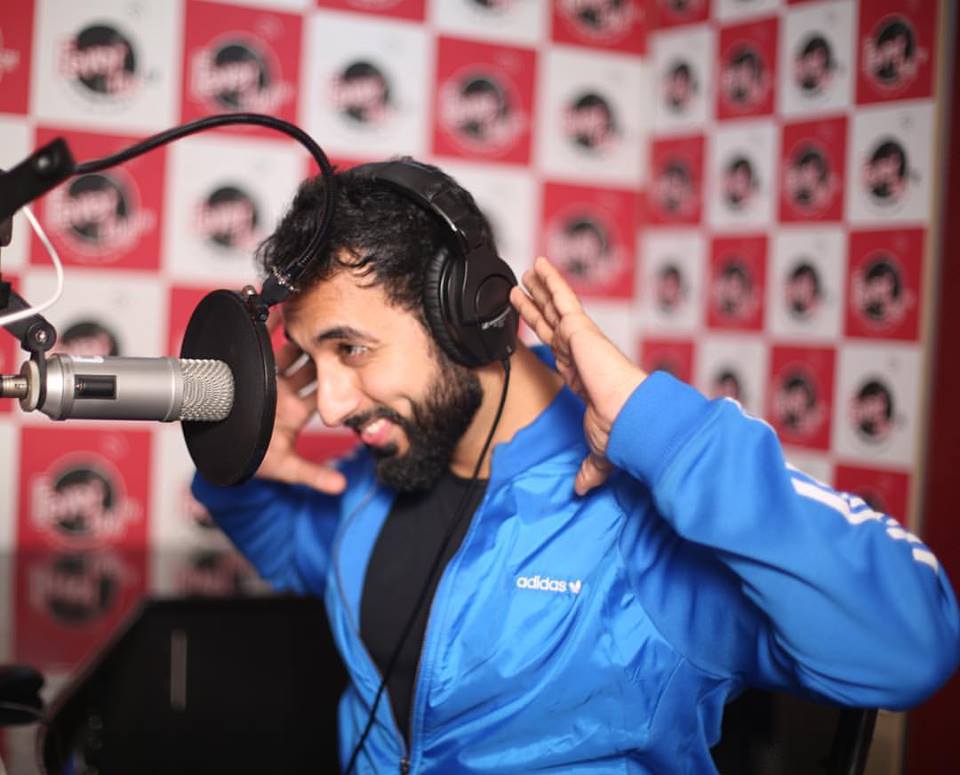 In Conversation With India’s Love Coach and No. 1 Radio Jockey – RJ Rahul Makin