Let us talk about body positivity for men

All male bodies are beautiful too

Look, building a fit, healthy body is an admirable goal, something everyone, regardless of their gender, should strive for. It only becomes dangerous when bodybuilding mutates into an unhealthy obsession, something we have seen all too much lately.

I love the fact that come 21st century, the objectification of a woman’s body is being called out, and things, however slowly, are changing for the better. Women are now being encouraged to love themselves for who they are, as they are. Brands like Dove, Dressbarn, and Aerie are getting over their fascination with skinny, light-skinned women. They are acknowledging the countless colours and shapes in which women exist in the world and give them the platform they so deserve.

But what about men? In our quest to teach women about body positivity and self-love, have we left men behind?

Masculinity and other toxic ideas

While it is true that from millennia women have been judged harshly on their appearance by society, but, amongst it all, there also lies the evidence that men are going through similar body criticism and skewed body image today.

Over the past few years, men around the world have been flocking to gyms, breaking, and building their bodies relentlessly, and it has gone beyond just a simple concern of staying fit and healthy.

Men have always had to confine to certain norms of masculinity. They have always been type-casted in the role of a protector; someone who is strong, tough, doesn’t cry, doesn’t break, doesn’t ask for help, no matter how grave a situation might get. This is what that gave rise to the all too familiar toxic masculinity that threatens the well-being of all the genders alike.

Now, this image has extended to the shape of their body as well; they don’t just have to be tough any more; they now have to look the part as well.

With the growing popularity of Marvel and DC superheroes, the males in our society feel the pressure to look like these metahumans that crowd their screens.

They are made to believe that this is how men become desirable by achieving that size and shape. But the truth is, chasing that superhuman form involves a rigorous exercise and diet routine that is hurting men. Bobby H. Hanton, Chris Hemsworth’s stunt double, said that he (Bobby) had to eat almost 36 times a day, maintaining a high protein diet and workout twice a day to match Chris’s size. He admitted that it made him unsociable because, given his dietary restrictions, going out with family and friends became challenging.

There are now numerous regimes designed by fitness trainers that make promises to get people into the highly coveted Captain America or Thor shape in just a couple of weeks!

The money men spend on their gym memberships, personal training, and protein powder intake is insane! It is putting enormous financial and mental stress on them, which is extremely unhealthy. It is a widely known fact that too much work out is as bad for you as too little; it might just end up undoing all the hard work that you have put in till now.

Research done by psychiatrists at UCLA reveals that men today feel way worse about their bodies then they did in the 1970s. They feel pressured to live up to impossible body standards, just like women.

Apart from the silver screen, social media has also been unforgiving to men and their body image. The constant videos and pictures uploaded on Instagram with men balancing their entire bodies on just their forearms, or bench pressing a 100 have been messing with people’s heads a lot, especially in this time of social distancing.

While writing this article too, I glanced at my Instagram feed and came across three intense home workout videos and two images of men showing off their muscular bodies.

Even way before the whole quarantine scenario, the number of people uploading their gym selfies was insane. It almost became an addiction for men to join the gym, get buffed, and then show off on social media, so much so, that it took over their real social life and personal growth.

The stigma does not end at a man’s body fat percentage; men are also struggling to deal with height perception, hair loss, and skin colour. The hair loss industry in itself is estimated to be worth 1.5 billion dollars.

Hair loss has been linked to feelings of inadequacy, low self-esteem, and depression amongst men.

The same is the case with height; taller men are more self-confident, have a healthy dating life, and higher self-esteem.

And when it comes to skin, we can see that more and more brands are targeting men as their new demographic for their skincare products.

The expression ‘be big’ is as detrimental to a man’s mental image of himself, as ‘be small’ is for a woman’s.

What I learned through my interviews

I, too, once believed that only women faced the trials of body image, but then I talked to some of my male friends about it, and my perspective changed.

I will not deny the fact that being a male in this world comes with its set of privileges and opportunities. Still, I also acknowledge that some real challenges and insecurities that our male counterparts face are seldom discussed.

From interviewing a couple of male friends and colleagues, I learned that almost all of them went through body insecurity in their lives, mostly in their teenage years. They were exposed to these unrealistic expectations from external sources that they had to achieve a certain height or body-weight to be qualified as attractive. A lot of teenagers end up either feeling depressed, lonely, or stigmatized because of this.

Thankfully, the people I talked to are now well in their mid-20’s, mature, sensible, and understand the difference between health and body shape. Over time they developed confidence in their skills and abilities and have learned to love themselves for who they are. They recognize the things that are truly important in life and hold on to them. They don’t fret incessantly about their looks or bodies anymore, and I couldn’t be more proud of them.

But not every man is so lucky; most of them carry these insecurities well into adulthood, where it has adverse effects on their work and relationships.

How can we help

Men need our support; now more than ever. They need us to stand for them and reassure them of their place in our world. There are a few things that the society, and we need to keep in mind in order to help them.

Gender-neutral movements: Our body positivity movements should be gender-neutral. Brands need to expand their horizons and include people from different ethnicities, colours, shapes, and sizes in their campaigns, like Zalando.

Nasty commentary: We often assume that men are not as affected by comments on their physicality as women are. Friends, family, and social media can be just as ruthless to men as they are to women, if not more. Even Nick Jonas wasn’t spared from such commentary when his shirtless pic on a yacht in Miami surfaced on Instagram.

People did not hesitate before flooding his social media with the term ‘dad bod.’ Noah Centineo, the Netflix heartthrob, had to face harsh criticism too when he posted some shirtless pictures on his Instagram where he didn’t have abs, and he was body-shamed for that. We need to mindful of commenting on someone’s physical attributes; it can have a severe long-term impact on someone’s body image and confidence, so be careful.

Check-in on them: Every once in a while, check up on them, see how they are doing, how they feel. Create a supportive, open dynamic between you and your cherished ones. It will help you both in opening up about your issues and healing from them.

Look, building a fit, healthy body is an admirable goal, something everyone, regardless of their gender, should strive for. It only becomes dangerous when bodybuilding mutates into an unhealthy obsession, something we have seen all too much lately.

Your hair, face, the body might attract someone to you for the first five minutes. But after that, it’s you who makes them want to stay; your kindness, sensibility, and genuine self, this is what people seek.

So, if there is something you wish to work towards, work towards becoming a better, more sensible, and generous human being; it is time you break the stereotype and redefine what being a man truly means.

Yahoo releases ‘Search in the Circuit Breaker’ report: What is Singapore looking for?

A Rest From The Rat Race 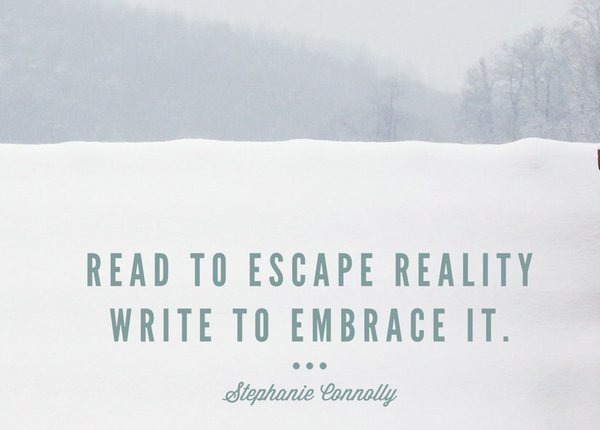