A Candid Conversation with Jon Gresham on Writing, Photography, Travel and the World In General

Jon Gresham is a doting father, an author, and works as Director of the Singaporean literary community – Sing Lit Station where leads the Book A Writer programme and the Writing the City Creative Writing Workshops. I first met Gresham during one of his workshops and I was intrigued by his perspective on Storytelling.

I decided to research more about him and I found out that he is also a street photographer and a well-traveled man. In 1995, he left his job in Sydney to explore creative avenues. He travelled through China, took the Trans Siberian railway to Russia and ended up in England. Things did not work out for him in the creative world and he decided to go back to Australia. In 1999, he moved to Thailand for work and relocated to Singapore in the year 2002.

During this period, he was not writing at all. In 2010, he walked into BooksActually and saw a copy of Ceriph Issue Zero. He decided to submit a story written in 1997 called We Rose Up Slowly. Much to his surprise and joy, the story was accepted for Ceriph Issue One. That story lead to his debut collection. Jon’s debut collection of short stories, We Rose Up Slowly, was published by Math Paper Press in 2015.

Gresham was born in England, grew up in Australia and has lived in Singapore and Thailand for the last 17 years. He has traveled around the world and it would be fair to say that he is one of the most culturally exposed people that I have met. I requested him to stay back after the last workshop (Writing History and Historical Fiction) at We Work. The setup for the interview was perfect – a quite ambience and lots of coffee/tea around.

Obviously, my first question was how deeply have his travels and interactions with various cultures effected his process of storytelling. He tells me that he was adopted – his father was Hong Kong Chinese and Mother was English so he always grew with a sense of “other” in England and Australia. Because of this, he was curious to know more about people in general. He tells me that he had a tolerant and encouraging family that nurtured him and let him explore his curiosities.

“I used to not even know what I didn’t know – now I know what I don’t know but I am interested to know. My desire for human connect comes over intellect.”

Jon is happily married to Rima Marwadi – a muslim woman who belongs to Indonesia (Jakarta). He says that it is great to be exposed to that culture, and being accepted and tolerated in that side of the family. He explains that when you encounter and explore so many different communities, you try to understand yourself by how you understand others. “It informs how I write because it helps me address my biases/prejudices from a broader perspective.”

A Strong Stand Against Racism

Talking of biases, Gresham has always been vocal against racism and casteism. “I get very angry about racism in any part of the world, Australia effects me more because I have lived there.” I am curious about Gresham’s take on how the age of Social Media (which is supposed to be the modern era) is somehow going backwards when it comes to issues like racism. He says that social media is an amazing tool that helps us connect but he agrees that it has impacted on how/what we read and write. “We perform a lot but we don’t think as much as we should. We have stopped stopping to reflect and review. We have got more tolls and less wisdom.”

Why are un-popular people in power today ( For ex: US, Australia), I ask. He says that this is a reflection of the power of power and its impact on some significant parts of the society. He emphasises on the need to be willing to think in different ways. He says that we need to stop measuring success with materialism and understand that consumption does not make us happy – only then corruption can go away and the right people can take the right positions.

“It is not my cup of tea but if it is a gateway for other poets, it’s beneficial. If it gets people reading, writing and thinking more – I think it is good.” He says that when people like that make money, it proves that readers have some spiritual need that these writers suffice. At this point, we discuss the example of the Harry Potter series and how that form of storytelling led a lot of people to fall in love with characters and art. I tell him how big of a Potterhead I was growing up, rather still am!

I am curious about Gresham’s influences as he grew up. He tells me that he has read a lot of Enid Blyton, Tin Tin, Lord of the Rings and Narnia when he was a kid. “I always read, I didn’t write so much. I was too tired to write but I always enjoyed reading.”

On We Rose Up Slowly :

Jon wrote the title story way back in 1997 when he was thirty years old. He didn’t publish it and got busy in his corporate career. Cut 2, 2010- he submits his story to Ceriph, gets selected and six stories (2010-14) plus two more (2014-15) later, eventually in 2015 his book comes out. He attributes the coming together of the book to his publishers and all people involved. His journey inspires me at so many different levels!

Which one is your favourite story, I ask a not-so-fair question but Gresham entertains. He tells me that he does have a soft corner for We Rose Up Slowly because it was how the book was born. He also likes the last one A Fleeting Tenderness at The End of The Night as it captures a lot about what he feels about Singapore. The Lion City has had a lot of impact on Gresham. He was deeply effected by the death of former Prime Minster Late Sir Lee Kuan Yew. “Lee Kuan Yew was the ultimate patriarch and you could always rely on him. He has been mythologised so much that when he was gone, it was like we are on our own now. It was the end of an era. This is what I felt from a Singaporean perspective.”

I am a fan of the caption/punchline of his blogging website igloomelts.com. The caption goes The Sun Shines and The Igloo Melts.

“It came to me somewhere in 2004-05. This seems like a generic caption that entailed the idea of cause and effect.” He explains that it also symbolises the idea of displacement as well like you create a home and it could go away, and you may have to recreate.

I am fascinated by Gresham’s street and portrait photography. How did it all begin, I ask. He tells me that he used to click family snapshots when he was younger but when he started travelling the world – meeting with people and exploring diverse cultures, it made him want to capture more.

I ask him about his time in Kolkata. He fondly embers his experience wandering around the old city. He explored the post colonial ruins, Hooghly River and even the Victoria markets but what fascinated him the most were the people.

“I would never tell anyone to not do it but in the end if you are really good – eventually you should go to the traditional path. That act of publishing leads to a better written text in the end.”

Jon is working on a novel right now and he hopes to finish it by next year. It is the story of an adopted Australian kid and how his life revolves after his mother passes away. I ask him what message he would like to give out for aspirant writers before signing off. He says –

“It is normal to feel lost or down about writing. Keep going and be part of a writing community. Don’t worry just keep writing.” 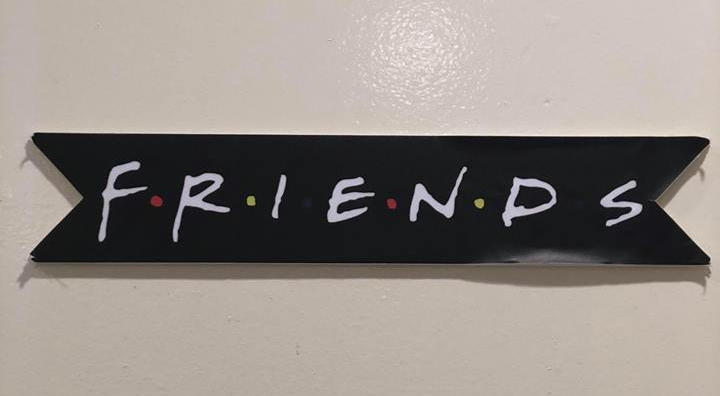 I had Phoebe-flavoured F.R.I.E.N.D.SPuccino at Asia’s Only Central Perk Cafe