No means No: Why can’t men understand the concept of consent?

Disclaimer: If this topic, this issue, this entire concept somehow triggers you, offends you or makes you uncomfortable because it is not talked about often or you feel targeted here, then you can choose not to read it. However, in our opinion, you probably should. What the writer talks about here is not fiction or heresy; it is a topic backed by statistics, facts, and personal experiences.

Disclaimer: If this topic, this issue, this entire concept somehow triggers you, offends you or makes you uncomfortable because it is not talked about often or you feel targeted here, then you can choose not to read it. However, in our opinion, you probably should. What the writer talks about here is not fiction or heresy; it is a topic backed by statistics, facts, and personal experiences.

We were mere toddlers when we were taught the meaning behind the words ‘Yes’ and ‘No.’ To say ‘yes’ meant to give permission, and to say ‘no’ meant to deny. These forms of agreement and disagreement were made very clear to us from the get-go.

In every other aspect of life, they never changed their meaning, but when it came to consent for sex, they became confusing, why?

The number of rape cases, in which the perpetrator claims that he was not sure by the reaction of the victim whether she was refusing or not, is staggering. They would claim that she was not clear in her refusal, her ‘I don’t know,’ or her ‘maybe later,’ or ‘not right now’ were different forms of agreement rather than disagreement. This couldn’t be further from the truth, and men need to understand that.

Because, when a woman is touched, felt up, or has had sex with against her will, she carries that moment throughout her life. It is a deep, deep feeling of violation that she feels which never goes away. It haunts her throughout her life; it is a vile, horrid feeling that she has to learn to live with.

So, yes, it is important for men to understand the meaning of consent, rape, and sexual harassment.

Abuse, harassment and rape are happening every day, everywhere

Rape is defined as “The penetration, no matter how slight, of the vagina or anus with any body part or object, or oral penetration by a sex organ of another person, without the consent of the victim.”

This definition is quite self-explanatory; if you have sex without consent, it is called rape, which is a criminal offense punishable by law, period.

And, consent simply means permission; a required yes or a no before a certain activity is undertaken, in this case, sexual intercourse.

The World Population Index estimates that over 35% of women around the world had to go through some form of sexual harassment in their lifetime. Less than 40% of them actually seek help, and out of those, less than 10% seek help from law enforcement. It happens because sexual assaults and rape are some terrible, traumatic experiences that a person goes through, and more often than not, they do not feel safe in opening up about it.

In 2018 101,151 cases of rape were reported in the United States, making it the country with the highest rape statistics that year. Cases reported in India in the same year were approximately 34,000, and in Brazil, the annual number of cases exceeded 66,000.

By the way, these are just the cases that were actually reported. Outside of these numbers, there are hundreds and thousands of women who have been victims of such heinous crimes but were too afraid to come forward.

We became aware of this vast, hidden number because of the viral ‘Me Too’ movement that took the world by the storm. We realized that the percentage of women that go through such an ordeal is way beyond 35.

The hashtag MeToo provided a safe and supportive platform for women all over the world, from different professions, industries, countries, ethnicities, to come forward and speak up. The response to this movement shook everyone when women who had remained silent for years and years, who were not part of a statistic, revealed their horror stories.

People were stunned, all around them high profile men were falling from grace and falling hard; they did not know how to behave or act anymore. Every action men took around women was suddenly under tight scrutiny, every move calculated, analyzed, and dissected for potential harassment, and they started to feel cornered and misunderstood, and confused. They finally knew, what life as a woman, felt like.

“Consent is like boxing. If both people do not agree to it, then one person is committing a crime.” John Oliver, Last Week Tonight

According to a recent study conducted by Binghamton University, a majority of men do not understand the concept of consent.

So, for all my male friends out there, who seek clarity on this matter, let’s sneak a peek into the confusing situations and scenarios that you find yourselves in and their correct interpretation.

Situation 1 – A woman is dressed in short clothes, showing a lot of skin, having a blast at the party, and flirting with the opposite sex might be giving an affirmative signal for sex.

NO, the dress of a woman or the way she behaves at a social gathering does not equate to consent for sexual intercourse. How a woman dresses, has absolutely no relation, whatsoever, to consent to sex, until expressed explicitly. She also could be flirting all night with you and still not be interested in having sex. The best way around this situation is, ask her.

Situation 2 – A woman is drunk, she barely has any semblance of where she is and what is happening around her, so it can be assumed that she will be okay if you had sex with her.

NO, for someone to give you permission, it is imperative that they be conscious; if they are not, then you DO NOT have their consent, ergo, having sex with them regardless will be considered rape.

Situation 3 – She is your girlfriend or wife, you have had sex in the past, so asking for consent in the future is moot.

NO, consensual sex doesn’t just apply to sex with a person for the first time. Regardless of your history, EVERY TIME you want to have sex with them, you need their permission; otherwise, it is rape. A relationship or a marriage does not give you a lifetime consent-free pass for sex. It is important to understand this concept if you wish to understand marital rape.

Situation 4 – She is willing to have sex with you but changes her mind mid foreplay or sex; it is still okay to finish what you started.

NO, we just learned the definition of rape, it is penetration without consent. So, if you have started to make out, and you are getting to that stage, then either of you has the full right to change your mind or refuse to go through with it. There is nothing wrong with that, and once refused, if the other person still goes through with the intercourse, it will be considered rape.

NO, she is not okay with it, her agreement to have sex with you does not give your friends, or anyone else, a free pass to do the same to her, without her permission. You are not only breaking her trust and violating her emotions, but you are also partaking in something called gang-rape, which is also a criminal offence.

Situation 6 – If a woman is mentally unstable or disabled in some way that renders her incapable of giving consent, at all, then there is no question of asking her.

NO, just no, she has as much right to have consensual sex as any other person, you just have to figure out a way to connect with her, in her language, and if you are not able to do that, then move on. About 80% of women in India fall victim to heinous sexual crimes, and they are four times more likely to suffer sexual violence than other women. So just, stop, if they cannot give you consent, you don’t have it.

Situation 7 – Scaring or coercing a woman in saying yes.

NO, sexual coercion is a crime! If you are pressuring a woman, or scaring her, or using drugs, alcohol, or force to have sex with her, it is rape, even if under those situations she says yes, it is still rape.

Situation 8 – You are not having sex with her, but you still touch her without her consent, caress her, continue to make advances towards her, it is all okay because it is not rape.

NO, it is not rape, it is called sexual harassment, which is again, a criminal offence. If a woman does not like your presence in her personal space, she does not react positively to your touches, when you come close, or she moves away, then, your continuous advances towards her are problematic, stop them. It could be in an office environment, amongst friends or even family, if your touching makes a woman uncomfortable, then step away.

Situation 10 – She does not explicitly say no, so it’s okay.

NO, any grey area is a no-go area. If the woman hasn’t outwardly refused but hasn’t given a clear consent either, through her words or her actions, then consider it as a no only. No is no; nothing is no; maybe is no; confusion is no; the only yes is an affirmative, yes.

If there are more confusing situations that I might have missed here, please let me know.

It is high time we stop blaming women for their lifestyle choices, and dressing style and behaviour for such crimes. None of these things and choices makes it okay for men to touch a woman without her say-so.

It is a myth popularised by the film industries and popular culture that hidden in a woman’s no is a cry for ‘yes.’ That is not true; it could not be further from the truth, in fact, it implies that a man knows what a woman wants better than the woman herself! He doesn’t! No one does, no one other than the woman herself gets to decide whether she wants intimacy or not; it is baffling to me that we live in a society that actually believes otherwise.

Sexual crimes against anyone is a criminal offence, and one of the main reasons that people get away with these is that the victim does not feel safe to come out and report it.

This needs to change.

We need to make it easier for victims to come forward and provide them with all the care and help that they need.

This ‘victim-blaming’ mindset that we have, it needs to change, we need to stop stigmatizing women against whom such crimes are committed. No one wants something like this to happen to them, ever. It is not a choice that the victim makes; it is a decision that the perpetrator takes.

The only way that we, as a society, can move forward is to create a safe space for women to live freely. A world where they can speak up, tell their stories and be heard without judgment and prejudice. A world where crimes like these do not go unnoticed and criminals are severely punished.

Where we help these women push past such experiences, restore their faith in humanity.

Last but not least, we need a world where a woman is not defined by the heinous crimes committed against her, where we recognize that she is more than that, so much more than that. 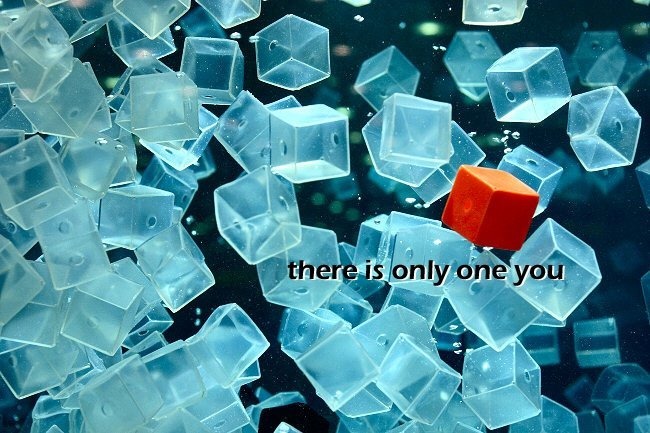 WHO SAYS YOU HAVE TO FIT IN? BE YOU! 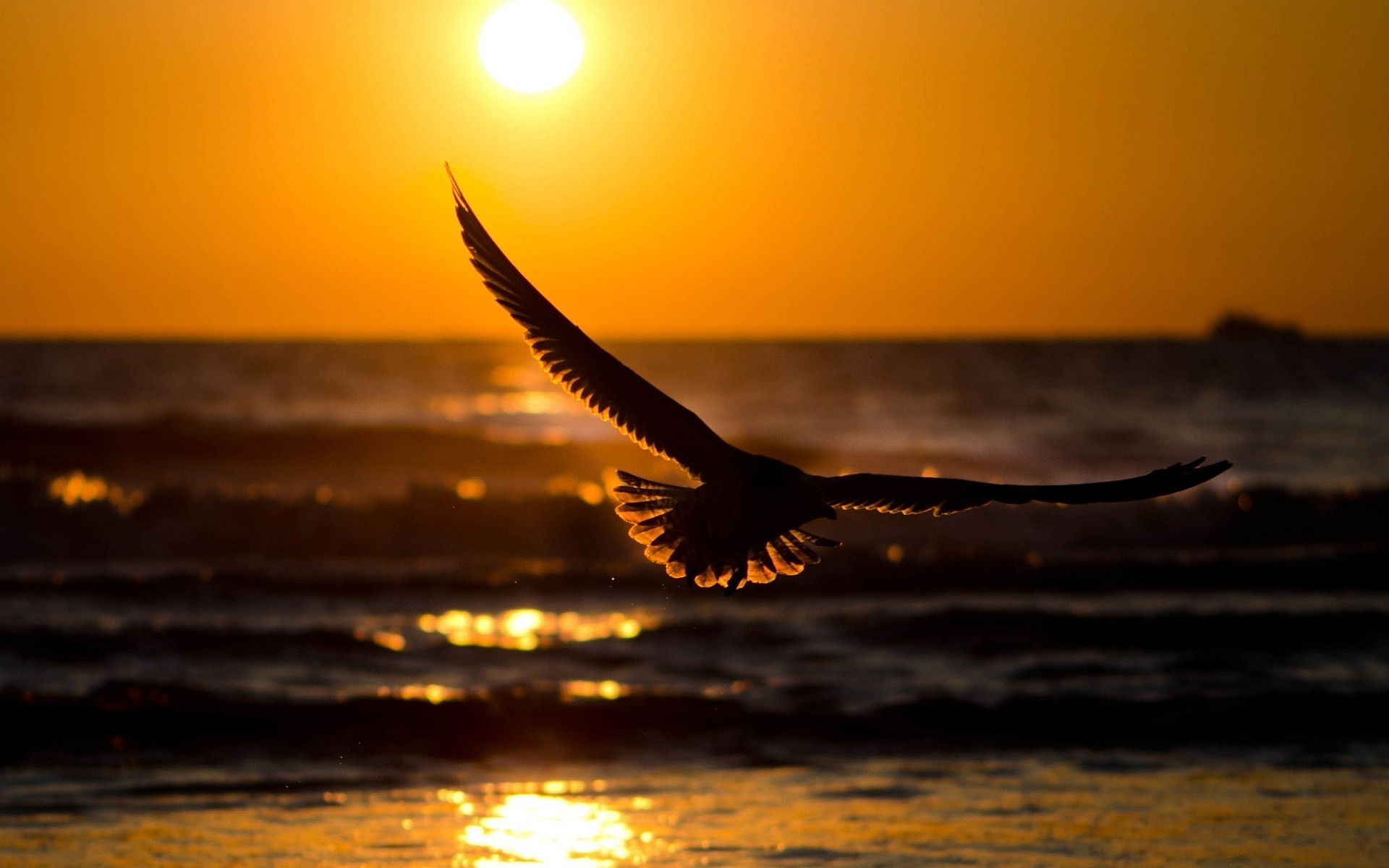 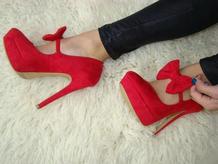