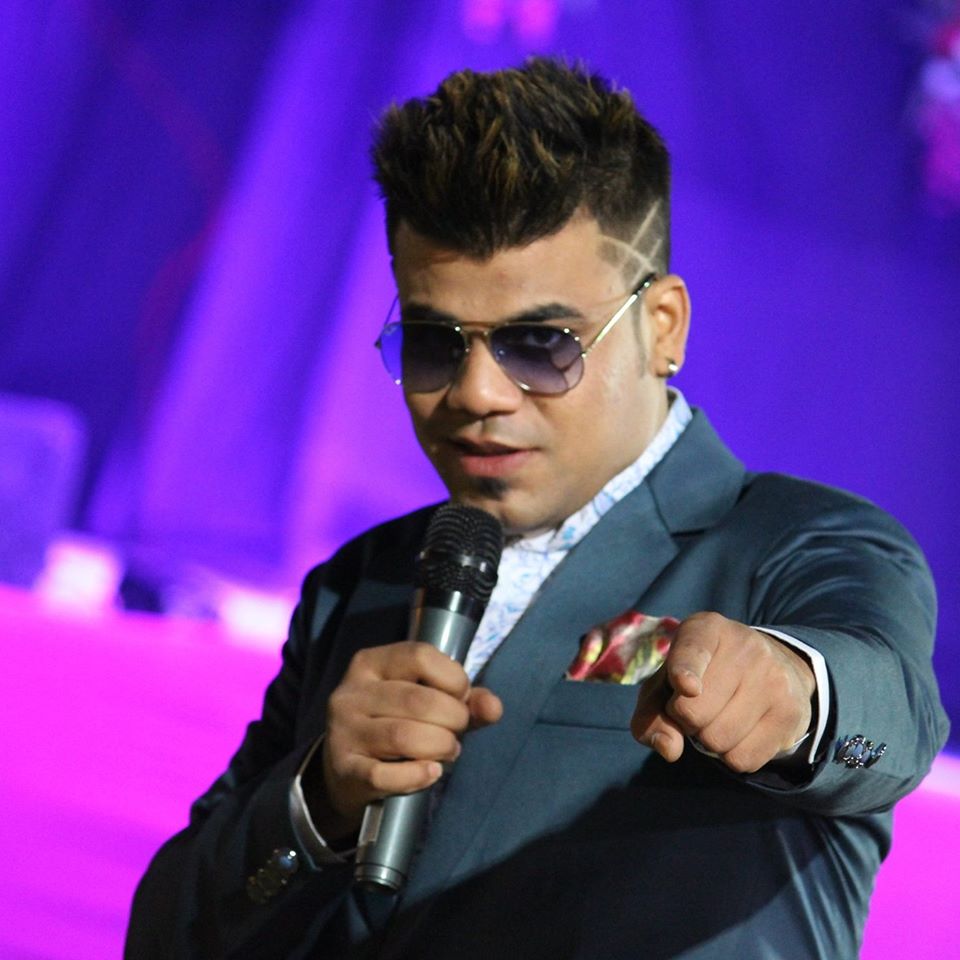 From dreaming to be a pilot to sleeping on the streets, and making it big as an Anchor – Shrey talks about it all to The Vent Machine (TVM) in this exclusive interview. He lost his brother to a terrible accident when he was young but did not give up his faith. Read the complete interview here:

TVM: When did you decide that you wanted to be an anchor? Did you always want to do this or did it come to you later?

Shrey: Actually as a kid, I always wanted to be a pilot. I was good at studies and an active kid. I participated in all co-curricular activities be it acting, debate or sports. I won many awards for debate, acting, extempore and anchoring, I remember clearly that on September 5th 2006, when I was in 9th class, I hosted the Teacher’s Day event in my school and this was the beginning of my journey. I was awarded the Best Anchor title and I realised that this was my big dream. the year 2011, my anchoring professional journey started.

However, things took a drastic turn when I lost my elder brother in an accident. The loss of the family’s eldest son was too unbearable for my parents, and it also took an unbearable emotional toll on me. My brother was preparing for his CA exams, and after he passed away it fell upon me to fulfil this dream for my parents. Anchoring was nowhere in question. I took Commerce as my main subject in Intermediate and started working for it. A couple of years later, at an uncle’s wedding, I hosted a family function where all relatives and guests appreciated my stage skills. But, I continued preparations for my CPT and shunned away from the idea of being an anchor.

When I was in Ajmer, I met with an RJ who mentored me and opened doors for me at 92.7 Big FM. I continued my CA preps but my anchoring career got a professional headstart. So, that is where it all began.

TVM: After Ajmer, you moved to Delhi. What inspired the next steps and how did your parents deal with all this?

Shrey: I completed my B.com degree but was unable to do much in my attempts to be a CA. I very much knew that I had potential as an anchor but I also knew that it was not going to be easy to convince my family. You see I come from a middle-class Bania family and my “glamorous career choice” was not easy to accept. However, my parents were really happy with my gigs at Ajmer and I convinced them that I wanted to pursue a degree in Journalism from Bharatiya Vidya Bhavan (BVB) in New Delhi. BVB was the best decision of my life. It taught me the nuances of being an anchor and opened new gates for me. Delhi has been lucky for me in so many ways!

TVM: Today, you are a successful Emcee. You do events round-the-year in different parts of the country. Which has been the most memorable event so far?

Shrey: Well, to be honest, every event is close to my heart as they teach me something new every time. However, I vividly remember the 2014 New Year Carnival show that I did in Ajmer where I was actually treated like a celebrity. I hosted thousands of people who went gaga for selfies and I had to be escorted under security. Phew! That was something I had never experienced. Recently, in October this year, I hosted a Bollywood launch party where I was surrounded by celebrities and actors. That was an amazing experience too.

There is one particular event that I can never ever forget. I did this show on 17th April in 2017 and I was slapped thrice during the show on stage. I don’t know if I should be sharing this here but I really want to use this platform to give a message to aspirant Emcees. Doing a live show is not a piece of cake. You need to be ready for everything. People lose their cool and do irrational things. However, you need to be the mature one in such cases. I kept my cool and finished my job. I did not react. The public respected that and cheered for me like never before.

TVM: Wow! That is heavy. Thank you for sharing your ups and downs so candidly. I am sure it will help aspirants out there. Ok, moving on, this is one question that I have been meaning to ask since the beginning.

You have some awesome characters. How did you come up with ideas of developing characters? Tell us all about your different roles.

Shrey: I always like experimenting and I am not afraid to take risks. This philosophy encouraged me to take on new characters, and in 2016 I decided to try it. I have always been a little dramatic and  I decided to take advantage of that. I developed six characters to offer a platter of varieties and entertainment to my audience.

The first character is an attention-seeking comical child while the second character is a Dubai Sheikh who insists to marry a Hindu girl in his own funny ways! The third one is Baba. This character has a lot of layers – the Baba is actually a mafia bully in disguise. This character is a satire to the emergence of “dhongi babas” in Indian society. I am working on two other roles – one is called Gorkha, while the other is a female character called Dolly.

The part that I enjoy the most about these characters is that they are funny but also give out important social messages.

TVM: Wow! Your creativity and uniqueness inspire me so much Shrey. Is it difficult to sustain as a freelancer? What suggestion would you give to aspirants?

Shrey: The most frustrating thing in freelance work is the uncertainty of work and income. You need to have a lot of patience, pure passion and dedication to survive. I have been in this field for over 7 years now and only my sincere passion has helped me survive.

TVM: What is your ultimate goal? Where do you see yourself in 5 years?

Shrey: My ultimate goal is to become a TV anchor and an actor. It is my dream to hit the silver screen. You might see me in a TV soap opera or the theatres, fingers crossed!

Shrey: I would like to say to all young aspirants that there is a lot of hard work behind all this glamour and fame. I went through it all – family’s disappointments and struggling for jobs. I have distributed pamphlets on roads, chauffered people at airports and even slept in public parks. It took a lot to reach where I am today. So, if you want to make it big in this industry, be sure of it first. Dive in only when you are ready to give it your 100%.

Co-founder of Organic Hair Regrowth Solutions Amy Ngo opens up on entrepreneurship, the haircare industry in SG and more