I am done with Babas and Tantriks. What about you? 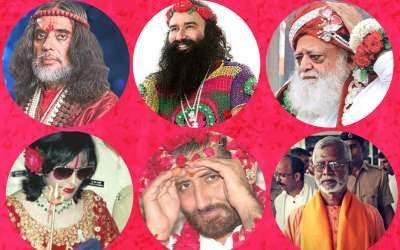 I am actually done with the Godmen, Babas and Tantriks robbing our country of her self respect. I mean this is 2018! How can in this world these Babas still exist and continue to brainwash people, and commit crime fearlessly? Now, if you are a flag bearer of “all babas are not bad”, I request you to log out right now because you are not going to like this piece!

In another shocking case, a 60-year old Baba has been arrested for allegedly raping over 120 women and recording the rapes to blackmail them. This Baba was active in Haryana, which is right next to the national capital, which is supposedly a cosmopolitan metro! Spare me the horror people but what the hell is wrong with us? It seems absolutely absurd to accept that this kind of alleged crime was in pursuit and no body , NOBODY had any idea! I mean why don’t we do anything about anything unless we are directly effected by it. You know what is worse that not only do we ignore crime and criminals but we also pretend that as far as 4 members of our family are fine, we don’t need to bother! But of course, when and if given a chance, we would not take one step back to criticise the Government and authorities.

We need to stop placing blame and wake up. If our servant does not clean the house properly, we give them warnings and then eventually kick them out if they don’t improve. Then, why do we depend so much on public servants to do the cleansing of the society. Let us be corruption free, question these public servants when they don’t clean the society well and eventually vote them out! Won’t that be a long-term solution?

And to the ladies – Stop going to babas and tantriks, and stop “devoting” yourself like “gopis“. Get a better ideal to look up to and remember that even if you think of yourself as Radha, the man that you are sleeping with is no Krishna!