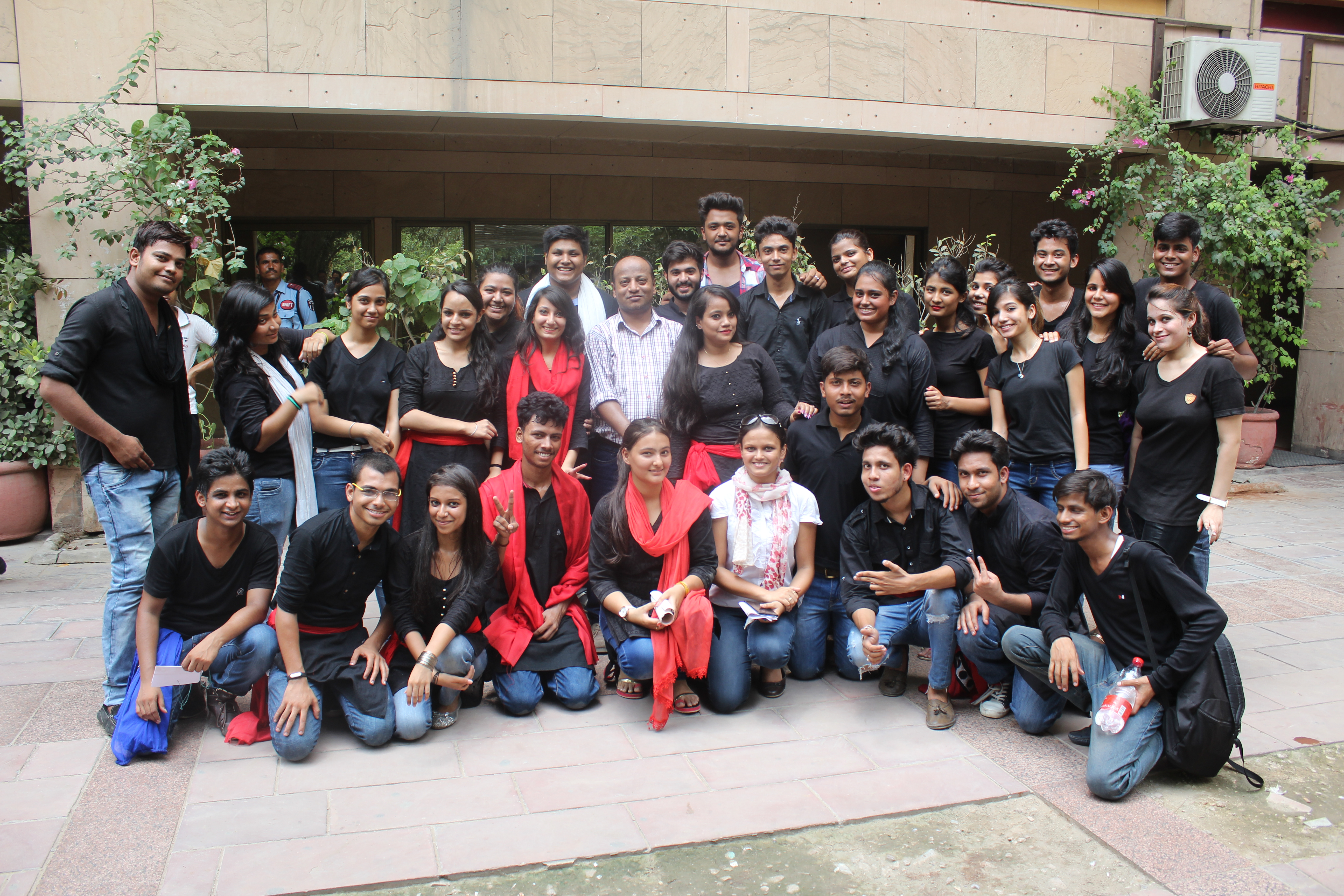 The dawn of 24th June was a pleasantly unusual one for the office goers and daily commuters at the Bhikaji Cama Place in New Delhi. I say this with confidence because I know the power of theatre, especially the impact, which street plays can have on people.

The sun was scorching and summer heat was on its peak but the weather could not demotivate students of NBA School of Mass Communication and Journalism. Brimming with confidence, zeal and a vision to change all that is evil in the society, BMC First year students of the Jain TV Institute captivated viewers with their energetic performances. Under the leadership of Mr. Rohit Arora, students divided into three groups, arrived at the venue at around 12 noon.  Myself and another colleague, Mr. Kaushal Kumar accompanied this troupe of youngsters to the venue. Each group’s play had a different and significant social message to impart through their play.

Group 1, consisting of Nadeem, Tushar, Mahria, Pratishtha, Akhil, Caroline, Nikita, Pritam and Raja highlighted the sad reality of the dotcom revolution. Through their play, these kids sent a strong message that instead of getting lost in the virtual world, it is high time that we realise to recognise and respect real relationships. They also highlighted other significant issues like the selfie obsession as well as cyber crime and its consequences. Chitranshu, Sujeet, Priya, Urvashi, Kartikey, Dolly and Mahima were in the second group. These kids talked about three major social challenges, including Reservation in the Education System of India, Gender Discrimination and Child Labour. The last group came with the most energy. They had a proper title for their act ‘Hume Kya’ and also introduced themselves well before starting. Their topic was Crime Against Women and with strong actors as well as good content, they conveyed their message with full conviction. Nimanshi, Nidhi, Nupur, Ankur, Abhishek Khurana, Deepak, Sujjain, Namya, Ashwathy, Nihit and Anitesh were participants of the last group.

In a nutshell, I had a wonderful day watching the students perform with vigour and honesty amidst public. It took me back to college days…