How to respect someone’s gender identity and pronouns, and what this means for transgender and non-binary people

For transgender people and non-conforming individuals, using the correct pronoun to respect their gender identity means the world to them—a simple yet significant step towards inclusivity and equality. Here’s why affirming their pronouns can be a way of showing solidarity with them.

The fight for LGBTQ+ rights has made significant progress, but the path towards equality has still a long way to go. People who identify as transgender or non-confirming are still one of the most disadvantaged minorities in society. Trans people are constantly subjected to discrimination and harassment, and much worse, they experience violence to the extent of being murdered just because their identity or expression is in conflict with their biological sex.

So, how do we help and reach out to them?

For starters, we need to educate ourselves and need to recognise their gender identity and say their correct pronoun to support them and show acceptance.

According to the Human Rights Watch Campaign, gender identity is one’s innermost concept of self as male, female, a blend of both or neither—how individuals perceive themselves. Gender identity can be aligned or different from the sex assigned at birth.

The World Health Organisation (WHO) notes that gender is a social construct—what people perceive as feminine or masculine. In Western cultures, people have a rigid association that acting feminine or masculine immediately equates to being a man or a woman, but this construct varies in different cultures.

Gender pronouns, on the other hand, are words that people use to refer to others without using names. These pronouns typically include she/her/hers, he/him/his, they/them/theirs, and in some cases, people may not even use pronouns to refer to themselves. There are also gender neutral pronouns such as ze/zir/zirs.

Gender identity is typically associated with a specific minority within the LGBTQ+ community. They include:

Non-binary: People who do not identify exclusively to a binary gender—male or female. Non-binary people may experience their gender as male or female, while others do not experience it at all.

Transgender: People whose gender identity is different from the sex they were assigned at birth or from their biological sex. A transgender woman lives as a woman but was assigned male when she was born. A transgender man lives as a man but was assigned female when he was born. According to the National Centre for Transgender Equality, some trans people either do not identify as male or female or identify as both. People who are not entirely male or female use terms to describe their identity, such as non-binary or genderqueer.

Gender Fluid: People whose gender changes over time. They may identify as a woman one day, and then a man as next. Their gender changes either quickly—in hours or days—or slowly, even months or years. Gender fluidity refers to the change over time in a person’s gender expression, identity or both, according to Harvard Health Publishing.

The world has become more inclusive and accepting of LGBTQ+ people. We have a shared responsibility to treat transgender people and non-conforming individuals with dignity and respect.

Many organisations have outlined the proper way and decorum on how to address a person’s gender identity. You can show respect by:

1. Do not assume a person’s gender identity. When in doubt, ask. You can be courteous by simply asking, “What gender pronouns do you use?”

2. Never address them as “it” or “he-she” as these are derogatory slurs.

3. Do not ask their old names.

4. Be an ally. Stand up for them when they are harassed or bullied.

5. Get to know them more. Listen to their stories and be more empathetic.

Part of respecting gender identity is acknowledging and using the correct and personal pronoun of a person. However, people tend to assume all the time they know a person’s gender identity. When you use wrong pronouns, you exclude and alienate that person, showing disrespect.

Using the correct pronouns fosters a more inclusive environment. According to a study published in the Journal of Adolescent Health, using the right pronoun and the chosen names of transgender youth can significantly reduce the risk of suicide. Another 2016 study concluded that affirming a person’s pronouns raises self-esteem.

Representation is a significant step towards inclusivity, and noted personalities have used their platforms to advocate gender identity and acceptance.

Angela Ponce made history as the first transgender woman to compete for the title of Miss Universe in 2018. Although she did not win, her advocacy and speech made waves, especially among transgender people. She earned a standing ovation.

“We’re living in a century where we can’t keep repeating the patterns of the past. To eradicate intolerance, I think it would be very important to foster values from a young age,” Ponce said. “My hope is for tomorrow to be able to live in a world of equality for everyone. Simply for us all to understand that we are human and that we must make all our lives easier together.”

“That reality for many people is going to change,” Ponce declared. “If I can give that to the world, I don’t need to win Miss Universe.”

She uttered the most powerful phrase. “I only need to be here.”

Recently this year, actress and singer Demi Lovato shocked fans when they announced they now identifies as non-binary. Demi changed their pronoun to they/them.

The 28-year-old came out during the opening of their podcast, 4D With Demi Lovato.

Demi said in an Instagram video that their pronoun represents the “fluidity I feel in my gender expression and allows me to feel most authentic and true to the person I both know I am and am still discovering.”

They also explained why they are sharing this news to fans. “I’m doing this for those out there that haven’t been able to share who they truly are with their loved ones. Please keep living in your truths and know I am sending so much love your way xox,” they captioned.

It doesn’t take rocket science to show decency and respect. By starting with small yet significant steps, we can combat discrimination and support the welfare of transgender and non-binary people. 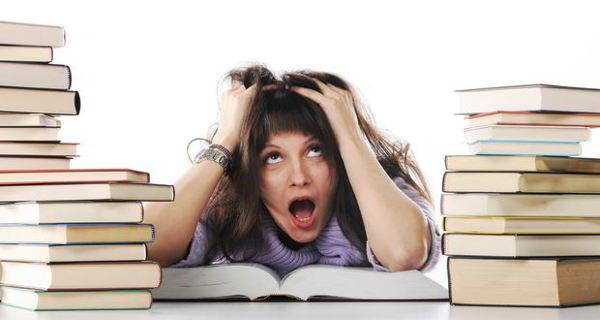 Fitbit Charge 4 comes with built-in GPS and better sleep tracking, plus it helps me track my periods