This Actor is Reaching Out To Masses Through His YouTube Channel 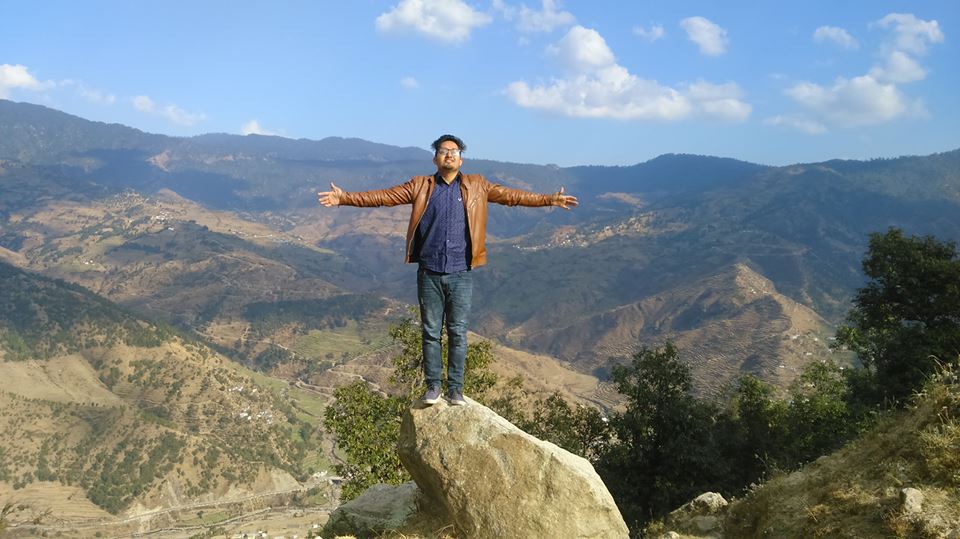 The advent of internet has changed our lives in so many ways. It has effected how we live and what we do. There was a time when actors went through a lot of struggle just to have their work reach out to people. It is not easy to make it in the industry even today but there are some people who decide to take matters in their hands and do something about it rather than whine! Meet one such aspiring actor and thriving YouTuber – Rakesh Chandra. Rakesh has an undying passion for acting and he puts his work out there by making videos and sharing them on YouTube.

Me and Rakesh were in college together and I always knew that there was something special about him. He had an energetic and driven vibe. An artist knows an artist when they see one, right? So, I decided to meet with this 27-year-old influencer during my recent visit to Delhi. We talked about his journey so far as a YouTuber, goals and future plans.

Rakesh Chandra has around 6000 YouTube subscribers and his videos get views in lakhs. He started his YouTube channel in August 2017. To achieve these numbers in less than a year is commendable. Obviously, my first question to Rakesh was about his source of inspiration.

“I have been a TVF fan for a long time now. Actually, I saw this 5-episode series called ” The Pitchers” by TVF and overnight, I knew what I had to do.”

Rakesh has extensively exposed himself to shoots, portfolios, corporate videos and even short films. After completing his PG Diploma in Journalism from BVBFTS, he ventured into YouTubing with a fellow classmate. Later, they ventured into their individual YouTube channels.

Now, there is no dearth of YouTubers today but what separates Rakesh Chandra from other millennials is that his content is relevant, entertaining and often with a social message. Rakesh’s videos are sometimes based on relationship quirks, sometimes comical and more often than not highlight issues like scams, racism and communal biases to name a few.

“I like entertaining people with light content but I feel more connected to sketches that entail a story with a message. Even as an actor, I enjoy doing shoots where I know that the end result will deal with a burning social issue,” says Rakesh.

Pursuing The Big Dream with A One-man Army

I asked him about what his ultimate goals were and he told me that one day he dreams to rule the silver screen. He loves acting and hopes that his videos will help him get discovered. In fact, he has been associated with the Dramatics Society, DSA Delhi in the past. What amazes me more is that Rakesh’s venture is a one-man army. He conceives ideas, plans them, executes shoots, acts in them and edits to upload final sketches.

Going Viral and Message To Aspirants

Rakesh takes time out for his passion of YouTubing and does it consistently. He believes that being honestly dedicated to his work without expecting returns gives him the drive to go on.

“When I started I told myself that at least one video per week has to go up and I have tried to live up to that commitment.”

Many of Rakesh’s videos have gone viral on social media garnering amazing hits on his channel and thus money. He shared with me that sometimes you can do everything right and the video might not get that much attention, and sometimes it works when you least expect it to. He says the true key is to remain consistent and keep trying. There is no fixed formula for going viral!