‘Stop Treating Us As Mere Eye Candies’: A Working Woman Speaks Out 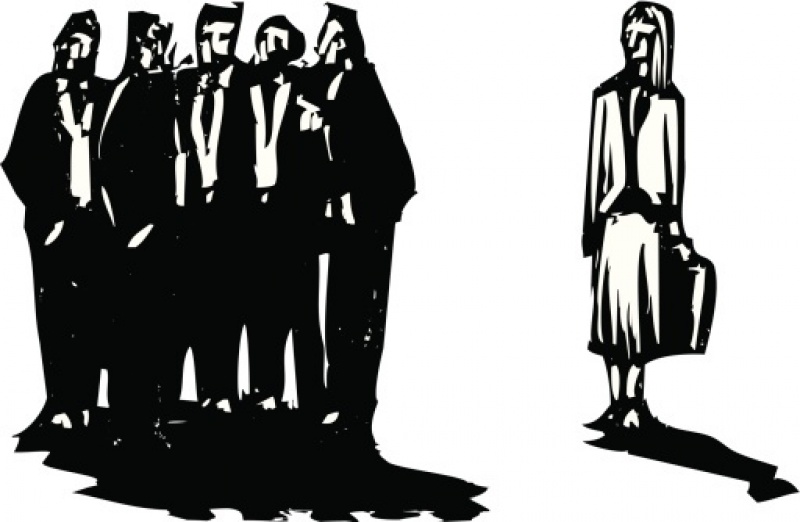 Life is not easy if you are born as a girl in India. According to a study published in Lancet in 2006, ten million girl fetuses could have been illegally aborted in India in the prior two decades. So if you are here, be thankful for that first! After the major accomplishment of being born, if mother luck is gracious upon us, we get the luxury of being educated, which is not a basic need for girls.

Somehow, if we complete our education and land a job, after going through the judgemental eyes of the recruiters – and judgmental not for merit but gender; you may think that the struggle ends here. No, it does not. A whole new chapter of being judged, looked down upon and getting nagged, commences. Your lifestyle choices ranging from what you wear to how you speak, how much makeup you apply while meeting the men you date – every minute detail is analysed by your colleagues.

Who does she eat with? Single or married, this happens to be a million dollar question about any female employee. For some reason, people in office show utmost interest in the lunch partner of a female employee. If she likes (and I strictly mean like, not love) the company of a male colleague and decides to enjoy lunch time with him, she is so going to hit the gossip chartbuster overnight. She will be judged, called names, slut shamed and what not. To make matters worse, she will be declared easy and every single vulture in the office will try at least once. I do not understand this ruckus, which has no logic behind it. I remember facing a cruel aftermath after I befriended a male colleague and sat for two meals with him. Well, do not feel bad for me because I am way too cool to pay heed to such nonsense. However, it does affect you.

Media Industry – The Hub of Sexism

I have been actively working in the media sector for the past four years now. I have worked with private and government organisations – as an anchor, scriptwriter and a voice-over artist. No, I am not switching to the ‘about me’ mode. I am trying to validate the fact that I know what I am talking about. As glamorous, open-minded and modern, the media sector may come across, sadly, it is among the worst industries for women. Based on my experience, print and digital are still better. (Are they? After the allegations at TVF) than TV. Broadcast journalism is a nightmare for women, especially for anchors. Every producer assumes that since you have the passion to be in front of the camera, you must be easy and available. They want to go out for coffee. It never means just going out for a coffee, they are extremely comfortable in passing lewd comments. I remember the worst one – “Madam, sari mein apka figure ekdum ubhar ke aata hai!” (Madam, your figure gets outlined beautifully in a sari!)

They also suffer from the neck dropping syndrome. Yes, that is what I have decided to call it. For some reason, they cannot look at your face while talking. Whatever the size/shape of your bosom is, it attracts them. They ogle at it unapologetically. I remember blasting this 75-year old producer – “Sir, chehra yahan hai mera, idhar upar!” (Sir, my face is up here!)

There is so much more that needs our attention. So many questions that should disturb us, like: Why is not a single woman part of the Amazon Prime Video comic scene? Are we already leaving women behind in this surging industry of standup comedy in our country? New or traditional, sexism remains constant! Why do women like Kangana Ranaut or Meryl Streep, who happen to be in the top league in one of the most culturally advanced sectors of the world, still crib about wage gap? Will there ever be a time when maternity and menstruation will be considered as accepted reasons for regular/normal holidays (processes) and not a full stop or comma in a woman’s career? Why is it compulsory for a girl to get married at a certain age or have babies at a certain time?

What Defines A Woman?

It is high time that the society accepted us as citizens of the country working for personal, professional and national growth. Encourage us if we do well, impart healthy criticism in the form of feedback and stop treating us as mere eye candies. Either you hit on us or you slut shame us. Try respecting and treating us well. They say women are the engines of the Indian economy. Then why don’t they let the engines thrive in the right direction?